The only pit remaining is NOT located under the Urim base, and contains the mainframe quantum computer of the Andromeda faction of the Chimera, which controls the scalar AI matrix / electromagnetic fence around the Earth, tied into implants.

When the Light Forces take control of that pit, they will be finally able to start completely disintegrating the scalar matrix on the surface, together with the implants and their toplet bombs. When that is gone to a degree that risk becomes acceptable, physical interventions can begin to happen. 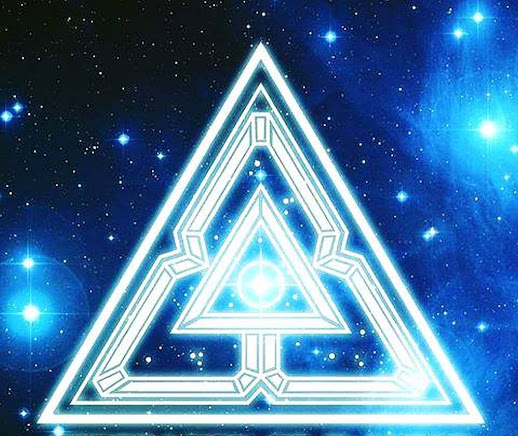 Until very recently, Light Forces around the Earth were still subjected to quantum anomaly to a degree that kept them frozen in fear of the toplet bomb retaliations, hence their inaction. Their fear had its roots in the quantum shock of 1996, when the dark forces were able to shock the quantum filed of the universe to a degree only experienced twice in this cosmic cycle: at the moment of the Big Bang, and at the moment of the creation of the dark forces millions of years ago. The shock of 1996 has weakened the connection of the whole manifested universe with Buddhic and higher planes, and this has resulted in diminished power of Light and increased power of darkness. This shock is finally being addressed now, as the total amount of quantum anomaly has fallen under a certain threshold.

The events of October 15th have jolted the Light Forces out of their toplet fear spell, and they are taking more action now and are accepting more reasonable amount of risks. Nothing more can be said about the events of October 15th except the fact that the dark forces have crossed a certain unacceptable threshold, and the Light Forces have responded in a very proactive way that could trigger the toplet bombs."

Primary Anomaly encompasses all possible combinations of negativity as the logical opposite of the Absolute, and only a small percentage of these combinations gets manifested onto the physical plane, as the Light forces mostly cancel them out before they can materialize from the quantum foam. The Light forces use advanced technology of Light pillars (ATVOR) to resolve the non-linear primary plasma anomaly using the mathematical principles of iteration:

ATVOR technology is based on AN conversion

That will be the moment of Compression Breakthrough, the Event.

being cleared by advanced quantum cannon weapons of the Galactic Confederation that are codenamed Mjolnir (Hammer of Thor ) :

What are the Toplet Bombs ?

SEP,2022 -
" Quarks & gluons are, to the best of our knowledge so far, the fundamental building blocks of the universe, subatomic particles that are much smaller & operate at much higher energy levels than protons & neutrons, which are classed as hadrons.Quarks combine in various configurations to form hadrons. Virtually all observable matter is composed of up quarks, down quarks, & electrons, & each proton & each neutron contains 3 quarks. " - www.zmescience.com/science/cern-experiment-finds-new-pentaquark-particle/

They are the real reason for current impasse between the Light & the dark forces, & are assuring mutually assured destruction (MAD), a certain form of Nash equilibrium:

When those toplet bombs are removed, the breakthrough can happen.
Positive Military have Resistance Movement contacts who informed them about the reality of TB's & this is why they wont get the green Light for the Mass Arrests /Event .

The ship has spider legs :

Created by the Chimera ( spider beings )

An older example from same series : 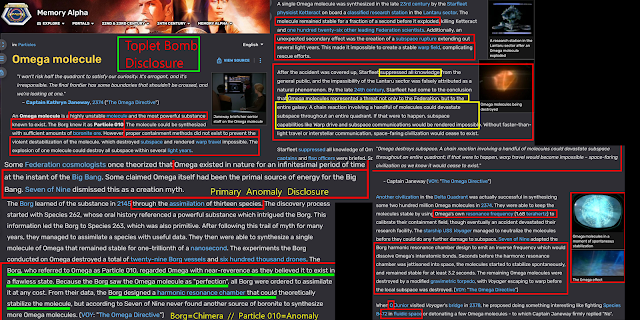 namely have a singularity well with topness producing quark-gluon plasma that creates toplet bombs which are interconnected into a network which connects implants of all surface humans."

Quantum anomaly now still manifests as spacetime collapsed into black holes on physical, etheric, astral & mental planes inside the implants, tied to TB's, w/ collapsed spacetime extending from the implants via tunnels of Set into surrounding space. Low concentration of tunnels of Set can still be found on physical, etheric, astral & mental plane throughout the Solar system, with their concentration increasing in sublunar space, & their concentration being very high on the surface of this planet. 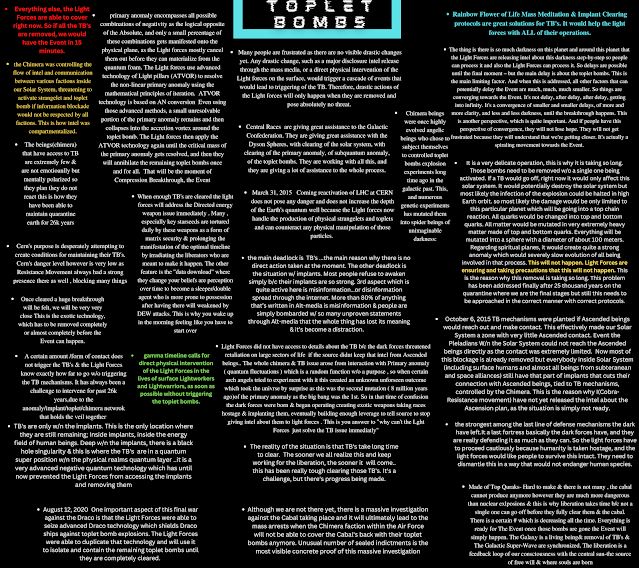 The 1st games (2002)first level has you looking for Captain Quark : 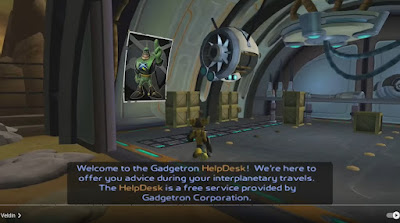 It just so happens that the 1st weapon you attain on that 1st level is a BOMB glove :

main story is about Anomaly / Archons

& returning to the dimension your long lost family has been , meeting your twin flames.(see ending)

See the movie aspect of the game here-

In an earlier game from 2007 called TOOLS OF DESTRUCTION

The character QUARK in the intro scene mentions "planetary defense "

- there is another inversion tactic where the chimera character is represented by the Percivel Tachyon which is in reality a particle that is pure light, another programming attempt

who's main enemy just so happen to be called :

( a near-Human species..considered themselves the pinnacle of evolution, and as such many were distinctly arrogant. Arkanian scientists had been experts in genetic manipulation for millennia )

looking for an alternate energy source.

Just like explained in this other show (Alternative energy source):

...The bomb broke the connections of elementary particles at a subatomic level, obliterates any matter within a radius of 20,000 to 50,000 kilometers. Such variable range made quantum bomb an unpredictability and they were rarely used during warfare. Despite this, the Eternal Empire of Zakuul used quantum bombs during the Eternal Empire conquest conflicts, such as the occupation of Denon. Zakuulan military officer Koth Vortena witnessed the destruction of Denon fleet, which pushed him to defect and later join the Alliance against Zakuul.[1]

Koth installed one quantum bomb on the Gravestone vessel to prevent it from falling into enemy hands. However, it proved a liability when the ship was taken over by SCORPIO and Vaylin with Koth still onboard and the Alliance fleet nearby. Koth and the Alliance Commander had to defuse bomb fuses throughout the ship and after bomb was triggered anyway during Vaylin's fight with Lana Beniko, he barely had the time to disarm the main component manually.[1] "

Popular posts from this blog

Quantum Fluctuations " In quantum physics , a quantum fluctuation (or vacuum state fluctuation ) is the temporary random change in the amount of energy in a point in space . Vacuum fluctuations appear as virtual particles , which are always created in particle-antiparticle pairs. Since they are created spontaneously without a source of energy, vacuum fluctuations and virtual particles are said to violate the conservation of energy . .shielding effect of the cloud of virtual particles is responsible for the finite mass and charge of elementary particles. " - https://en.wikipedia.org/wiki/ Quantum_fluctuation   " In quantum mechanics, the uncertainty principle is any of a variety of mathematical inequalities asserting a fundamental limit to the accuracy with which the values for certain pairs of physical quantities of a particle, such as position, x, and momentum, p, can be predicted from initial conditions." - https://en.wikipedia.org/wiki/Uncertainty_princ
Read more

Interview Quotes         2014   1)  October 7, 2014 Plasma and the Planetary Situation Update http://2012portal.blogspot.com/2014/10/plasma-and-planetary-situation-update.html There are quantum singularity wormholes within the plasmatic plane and in the occult terminology they are called the Tunnels of Set. Those wormholes contain strangelet and toplet bombs and they are tied to the physical Black Stone in the Long Island location. This is the main reason why clearing of the plasma scalar network and the Veil is taking so long.   The Light forces are dealing with this situation and there has been significant progress regarding removal of the plasma strangelet bombs, whereas plasma toplet bombs still remain a challenge.         There is another plane similar to plasma, but on a much higher octave, between the higher mental (manasic) and the buddhic plane. That plane is called the buddhi-manas membrane and separates realms of Oneness from realms of duality. This membrane
Read more